To say the Sony WH-1000XM4 is our favorite pair of wireless noise-canceling earphones is an understatement. Well, the Sony WH-1000XM3 released in 2018 was already great, and there is the latest Sony WH-1000XM5 that takes up from where the WH-1000XM4, but the latter are wonderful in every way. That’s why we still hold them as our pick for the best headphones of 2022, even though they were released in 2020 with cutting-edge codec support.

With the WH-1000XM4, Sony takes everything that was great in the third generation and cranked it up a notch higher. Now, audio quality and noise cancellation has been made even better and added some new intelligent features improve the user experience without compromises elsewhere.

This pair of noise-canceling are worth every buck you spend: put simply, the Sony WH-1000XM4 are the best over-ear wireless headphones on the market. Let’s find out why!

The Sony WH-1000XM4 in this review is the fourth release in Sony’s flagship series of over-ear headphones and is built on what’s already a winning formula. As with the Sony WH-1000XM3 before it, the WH-1000XM4 connect to your phone, tablet, or laptop via Bluetooth, now they use Bluetooth 5; a step over Bluetooth 4.2 in its predecessor.

Well, it doesn’t support the aptX or aptX HD Bluetooth codecs this time around, however, Sony opted to keep AAC, SBC, and its own LDAC, which allows for transmission of high-resolution on Android devices. Below are the main specs of these noise-canceling headphones.

At 9 ounces, the Sony WH-1000XM4 is a few ounces lighter than the Sony WH-1000XM3, but that weight is well distributed throughout the gadget. The plastic earcups have been slimmed down to create space for additional padding to pleather the inside of the cups, but the headband padding is fairly thinner. Also, the part connecting to the earcups is now shorter, resulting in a fit that’s better contoured to your head.

The WH-1000XM4 is available in black and silver finishes, we’re reviewing the black version, which, while it picks up fingerprints quickly, it still looks sleek and understated. They may not look as suave as the like of the Montblanc MB 01, Bose NC700, or Bowers & Wilkins PX7, but the WH-1000XM4 are nonetheless an attractive pair of headphones.

For the physical buttons, there’s no change on the WH-1000XM4 over the WH-1000XM3. On the right earcup, there’s the USB-C charging port, while the left holds a 3.5mm AUX-in jack, the power button, and a multipurpose button. The latter, formerly the NC/Ambient button, can now be customized within the Sony Headphones app.

Like all other predecessors, the Sony WH-1000XM4 doesn’t have an IP rating, meaning it doesn’t offer water resistance. It’s one of the headphone’s main drawbacks and something we hoped to see rectified in the fifth generation, but we can confirm the recently released Sony WH-1000XM5 doesn’t feature IP rating, too.

The Sony WH-1000XM3 were feature-rich at release in 2018, with disruptive control schemes and innovative applications for their noise cancellation technology. All that made the WH-1000XM3 a best seller for many years, and the same great features have been carried over to the Sony WH-1000XM4 and Sony WH-1000XM5 successors, and with some new intelligent features, too.

Perhaps the most notable upgrades are multipoint pairing and wear detection. The Sony WH-1000XM4 is now capable of pairing with two devices simultaneously, meaning you can seamlessly switch between the audio output from your smartphone and laptop. Wear detection registers the moment you take the headphones off and automatically pauses the running audio, and resumes once you put them back on your head.

While Sony has been a little late in integrating this feature, it is well-executed, though. Well, you may occasionally experience delays in registering the headphones on your ears, especially when slipping them around the neck, but it gets corrected in a few seconds.

Speak-to-Chat is yet another inclusion, and one we feel is particularly useful. When active, it automatically pauses the audio and lets 3in ambient sound as soon as you start speaking. Sony’s Precise Voice Pickup technology uses five microphones to pick and react to your voice, and the technology works very effectively.

The mics are sensitive enough to correctly pick up your voice when speaking at average volume and aren’t over-tuned to a point where the mics can be triggered by voices nearby. Coughs and sneezes may occasionally set it off, as does singing along to your favorite tracks, but you can always turn the feature off via the app or hold your hand over the right earcup to deactivate it.

While the Sony WH-1000XM4’s mics do a decent job picking up your voice, too, but conference calling is far from their strong point. It does have a few issues, especially being heard on the other side of the conference call, so don’t expect crystal-clear communication.

Touch controls are another strong feature that makes a return from the previous generation, and in the Sony WH-1000XM4, they are a novel example of how to implement them successfully. A double-tap on the outer surface of the right earcup plays or pauses your audio while holding your finger to the touch sensor for two seconds loads your voice assistant of choice. Google Assistant, Alexa, and Siri are all supported.

Other touch controls include swipes for volume and track skipping, all with intuitive sensors that are perfectly responsive. Like Speak-to-Chat, all the touch controls can be turned off entirely in the app if you’d prefer to control the audio via your output device.

We loved the Sony WH-1000XM3 at release in 2018, and we still do, for being the best-in-class when it came to noise cancellation but the Sony WH-1000XM4 gets even better t regulating the amount of external noise that makes it through your ears. With noise-canceling in full range, the WH-1000XM4 lets you immerse yourself into a sweet audio world, free of all but the loudest and highest-pitched disturbances.

The Sony HD Noise Canceling Processor QN1 isn’t only good at blocking noise from the outside world, but it’s also extremely smart. When you use the WH-1000XM4 for the first time, you’ll need to optimize the noise-canceling via the Sony Headphones app. The headphones are smart enough to detect the shape and size of your head, hairstyle, whether you wear glasses, and the surrounding hair pressure, then it goes ahead to calibrate a noise-canceling profile fine-tuned for you.

Once calibrated, the WH-1000XM4 are able to adjust the noise-canceling accordingly on the fly, all thanks to Sony’s Adaptive Sound Control technology. Two microphones on each earcup capture external noise and transmit it back to the QN1 chip, which works in sync with the headphones’ new Bluetooth System-on-a-Chip to apply noise canceling in real-time and adjust it according to external triggers.

On the WH-1000XM4, there are four adaptive sound levels: sitting/standing still which Sony describes as “staying”, walking, running, and transport, and the headphones will automatically switch between them depending on your actions. Each of these can be a custom sliding scale, ranging from “Noise Cancelling” to “Ambient 20” and the headphones’ ability to detect what you’re doing and the surroundings will prove uncannily accurate.

In addition to being able to automatically adjust noise cancellation levels, the Sony WH-1000XM4 is capable of learning about the locations you visit and their noise-canceling requirements. Let’s say, you have GPS locations access approved, the headphones build up a list of your most frequented spots over time, and automatically switch to the profile best suited for where you are.

You can also add specific locations manually using an in-app map, which helps plan in advance for noise canceling, especially for places you visit frequently.

If you loved the sound from the WH-1000XM3, then its newer sibling will leave you satisfied. Both Sony models sound nearly identical, something I have no complaint over since the final result is a sweet, loud, and dynamic soundstage that fills your ears with lots of boom and detail. Well, the Bose 700 is also on the finer side of things, though it pales against the WH-1000XM4.

Sony uses the same 40mm drivers in the WH-1000XM4 as it had on its predecessors, so tonally both produce a warm and balanced sound that offers a wide soundstage, and it offers powerful bass performance as well. While aptX HD support would have been welcome, Sony’s LDAC codec, used here, does a good job with devices that support it, pushing lots of detail through wirelessly.

Sony is pushing its 360 Reality Audio too, which is an in-house immersive audio format, which puts you in the middle of a surround-sound mix, and it’s still impressive – even if access to its library is limited to just a few streaming services, and the catalog’s growth has been a bit slow.

With the Sony WH-1000XM4, you’re getting modest but significant enhancements in the same great, familiar package. It took two years for Sony to fix some of the flaws that bothered us in the previous version, but every fix is well worth the wait. The result is a stereo headset that’s a strong contender for the best noise-canceling headphones you can buy.

These pair of headphones sound sweet; noise cancellation is right up there with Bose and the extensive feature set offers so much including cross-device playability with support for multiple media formats and platforms.

IS there enough reason to upgrade from the WH-1000XM3? If you need more complete headphones and have the money to splurge, then yes without a doubt. Alternatives at this price point include the Bose 700 with better call quality and all other great features we’ve liked on the WH-1000XM4. Then there is also the newer Sony WH-1000XM5 that offers even better performance, if you can afford them, they are a steal deal.

You want the best noise-canceling headphones. YES. Whatever you make of the understated aesthetic and the price, the combination of top-notch audio quality, class-leading noise-canceling, and seamless interaction is impressive across the board, and the Sony WH-1000XM4 are a good step forward. 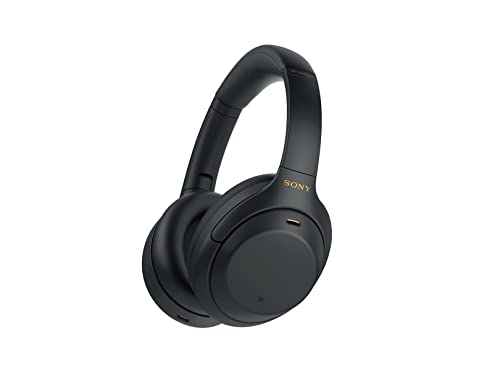