The TCL 43S425-CA is a solid option for anyone looking to nab a 4K TV without breaking the bank, especially if you’re looking to jump to 4K and HDR10 without spending lots of money.

TCL has become one of the biggest budget TV manufacturers, offering great and features for affordably priced TVs. The TCL 43S425-CA continues this track record with an exciting feature set, basic 4K and HDR support, and Roku’s popular Smart TV interface makes it an even excellent choice over competitors that cost almost double.

It’s not without its flaws, however, like mediocre backlighting, narrower color range and lack of support for Dolby Digital, but this 43-inch TV offers a lot for the money and it’s so affordable that you may not care.

The TCL 43S425-CA is part of the TCL 4-series that’s inherently the company’s entry-level 4K line, meaning all sets in this family are a bit chunkier than the premium 6-Series line. Our review unit is flat, with glossy black plastic bezels that are much wider than its pricier siblings, like the TCL 55R617 (2018) that sports a more stylish design and a gunmetal frame.

It’s not much thicker than the 6-Series, measuring just over three inches at the bottom half, from where it bulges significantly from the curved, two-inch depth of the top half. There is a small strip of textured black plastic on the bottom bezel that adds some visual flair, alongside silver TCL and Roku TV logos in the center and right corner.

All ports are located on the right side, except for the power cord that sits on the left side of the back of the TV. The available ports include three HDMI ports, one USB port, an Ethernet port, an antenna/cable connection, optical and 3.5mm audio outputs, and a 3.5mm composite video input that can be used alongside the included 3.5mm-to-composite-RCA dongle. Above the ports, there is a small reset button and the only other control available is a single multifunction Power button – located behind the infrared receiver under the middle of the bottom bezel. 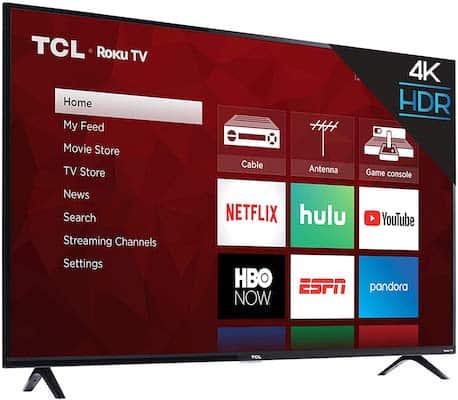 With the Roku TV platform, the TCL 43S425-CA can access a wide range of streaming services. The major players here include Amazon Prime Video, DirecTV Now, Google Play Movies & TV, Hulu, Netflix, Vue, Sling, Vudu and YouTube. As expected, Apple is missing in the list and Google Music isn’t also available, but you still have Amazon Music, Pandora, Spotify, and many other streaming services. 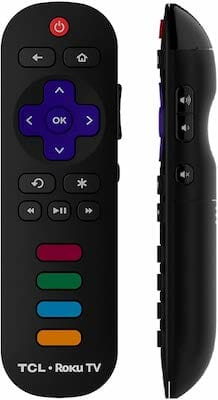 The 43-inch display checks all expected boxes for a budget-friendly 4K TV: Ultra HD resolution, basic support for HDR and a native refresh rate of 60Hz. It offers adequate color accuracy that easily matches that of the slightly expensive TCL 55R625, making it a worthwhile budget TV. It can display 4K high dynamic range (HDR) content in HDR 10, but it doesn’t support Dolby Vision or other HDR content types.

The TCL 43S425-CA doesn’t stand out when it comes to brightness, even in Bright (HDR) mode with the backlight turned up; it maxes out at 244.05cd/m2, which is half the 488. 01cd/m2 peak brightness on the 6-series. Again, it lacks local dimming that’s available on the 6-series, and its Dynamic Contrast settings can only brighten or dim the entire screen simultaneously. 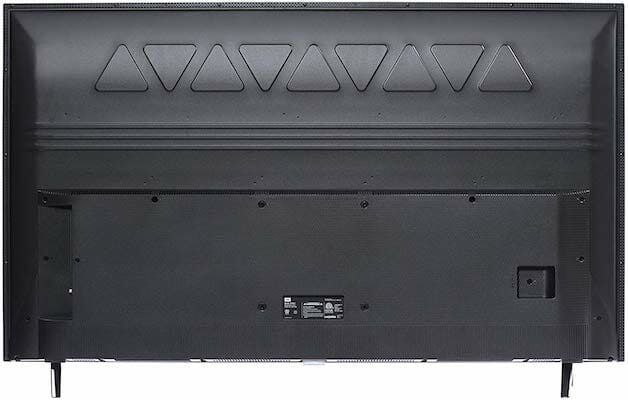 Input lag is the amount of time it takes for a display to update after receiving a signal, and this is one of the few areas in which the 43S425-CA puts forward a modest score. The HDTV showed an input lag of 32.4 milliseconds, which is better than most budget sets we’ve reviewed.

The TCL 43S425-CA is a solid option for anyone looking to nab a 4K TV without breaking the bank. The set offers acceptable color quality and decent (albeit) HDR support, and the integration of Roku’s Smart TV interface makes this set just as capable for media streaming and apps as any other smart TV out there.

You’ll give up the color quality and advanced features you would get on the more expensive TCL 55R625 6-Series, but the lack of features like Dolby Vision and voice search may not be a deal breaker given that the nicer set costs almost twice as much.

The TCL 55R617 6-Series remains our favorite budget recommendation for its excellent performance at a great price for 44-inches, and the 4-Series doesn’t come close matching it in brightness or color range. Still, the 4-Series is very good value for the 43-inch, especially if you’re looking to jump to 4K and HDR10 without spending lots of money.

Yes. If you’re a TV buyer who values saving a few bucks over premium features, the TCL 43S425-CA is a strong option to consider.