The TCL 43S435 offers good picture quality and Roku TV functionality at a rock bottom price available in a variety of sizes, making it a great choice for anyone looking to enter 4K without spending too much.

TCL is a renowned budget TV brand, and it impressed us last year with its premium line, the class-leading 6-Series. The TCL 43S435 is part of the company’s entry-level 4K line. It packs the same robust Roku TV platform as the 6-Series and goes further to support 4K content in HDR. It also offers more screen sizes than the 6-series, starting with the small 43-inch TCL 43S435 we’re reviewing to the massive 85-inch TCL 85S435, meaning you have lots of options to choose the ideal set.

The 43-inch model we’re reviewing retails for a reasonable price, practically half the cost of an almost equivalent 6-series model, the 55-inch TCL 55R635 Smart TV. TCL makes a few compromises to reach the lower price, with a much dimmer screen, narrower color range, and it doesn’t support Dolby Digital, but you’re still getting lots of value for the money.

The included Roku TV remote is a standard, infrared-only model. You should not confuse it with the high-end microphone-equipped Enhanced Roku TV remote that allow you to use Roku’s voice search features. This one is a small plastic wand with curved ends and a distinct direction pad. The Roku app for Android and iOS lets you use voice search if you wish, though Roku’s functions are still limited compared to Amazon Alexa that’s found on amazon Fire TV and Amazon Echo Dot speakers, Google Assistant on Android TV devices, and Siri on the Apple TV.

With the Roku TV platform, the TCL 43S435 can access a wide range of streaming services. The major players here include Amazon Prime Video, DirecTV Now, Google Play Movies & TV, Hulu, Netflix, Vue, Sling, Vudu and YouTube. As expected, Apple is missing in the list and Google Music isn’t also available, but you still have Amazon Music, Pandora, Spotify, and many other streaming services.

The TCL 43S435 boasts a 4K display, firing full 3840 x 2160 resolution, with direct backlighting and HDR (high dynamic range) support. The result is relatively good (if basic) viewing experience, and better viewing experience than you might expect at this price range.

The TCL 43S435 doesn’t stand out when it comes to brightness, even in Bright (HDR) mode with the backlight turned up; it maxes out at 244.05cd/m2, which is half the 488. 01cd/m2 peak brightness on the 6-series. Again, it lacks local dimming that’s available on the 6-series, and its Dynamic Contrast settings can only brighten or dim the entire screen simultaneously.

The TCL 43S435 supports 4K gaming, and you can stream content with 10-bit color support at 24Hz. However, this panel does not support additional frame rates for streamed content, nor does it support HDR modes for either gaming or streaming. That’s fine is HDR content isn’t at the top of your list, but it doesn’t mean that games will appear less impressive than on other 4K sets. 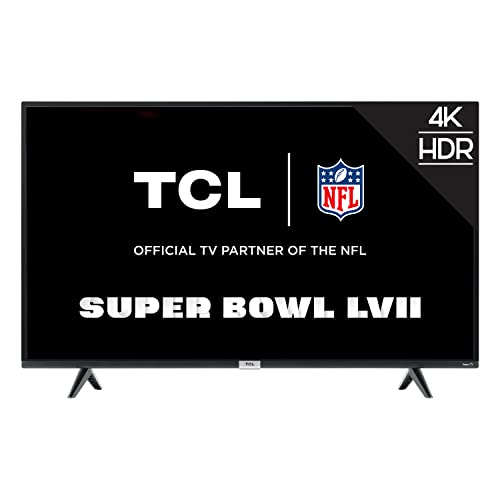 The Insignia NS-55DF710NA21 is also less expensive that the higher-end TCL and Hisense models; it ekes out fairly better contrast and color performance that the TCL 4-series in this review, and Amazon Fire TV platform has handy features, including a voice assistant.

That said, while you’ll spend a fair amount more, the TCL 6-Series, LG OLEDs and the Hisense H8G line offer far brighter, higher-contrast pictures with better color, making them worth the relative premium if you can afford it.