The Bluuboo X9 is a decent smartphone with premium looks, solid features and specifications that offers good performance at a budget price. The smartphone looks stylish with some added features such as the finger print scanner that users will find interesting to use in improving the privacy of their device.

The Bluboo X9 is a budget 4G smartphone with a Full HD, finger print scanner and a stylish design that comes to the market to offer decent performance. The Bluuboo X9 brings nothing new into the smartphone world only that it’s a stable device running on the latest Android 5.1 Lollipop Operating System with mid-range features. The device is powered by Octa Core MediaTek MT6753 CPU, comes with 3GB of RAM and 16 GB of internal storage.

It also houses a Mali-T720 Graphics chipset that make it possible for users play to games available on Google Play Store using the device. It has decent front and rear camera at 5MP and 13MP respectively. The 5.0-inch screen display smartphone fits into the lives of users who want a small and light device that they can hold by the hand comfortably to handle all their daily tasks such as web browsing, emailing and playing of games.

The Bluboo x9 has a premium design with smooth curved edges, a 2.5D Arc screen, and an aluminum body similar to that of an iphone 6 (the similarities end there). It comes with gold color metal frame and a black plastic removable back cover with soft touch finish.

The smartphone measures 5.70 x 2.81 x 0.31 inches and weighs 166 grams thereby making it an ideal companion which slides into the pocket easily and you can carry it all day without feeling a pinch in terms of weight. It comes with a removable 2500mAh battery that is likely give you some hours of video playback.

Under the hood, the Bluboo X9 houses Octa Core MediaTek MT6753 CPU that runs at 1.3GHz on all the eight cores. Combine this with 3GB of RAM and 16GB of internal storage that is expandable to 32GB, you get a power efficient smartphone capable of handling tasks such as watching movies, surfing the web, streaming videos, playing games and working on various files.

There is also a Mali-T720 Graphics chipset that makes playing of games on this smartphone a reality. The device runs on Android 5.1 Lollipop which is an improved version of android with a good interface and capability that will handle all tasks thrown at it without lagging.

In the connectivity department, the smartphone features a Micro USB port for charging and connecting to a desktop computer for transferring of data. There is a TF card slot for expanding the memory to 32GB to make the phone more spacious to keep some of your favorite photos, music and videos. There is a 3.5mm Audio Out Port for connecting the earphones to listen to your music or communicate.

Wireless connectivity comes in form of Wi-Fi 802.11a/b/g/n wireless internet and Bluetooth 4.0 is available for pairing with compatible devices to share and transfer files, music and other documents. The phone supports 2G, 3G and 4G and comes with dual SIM card slots, one is standard and the other is for a Micro SIM card.

The smartphones features a responsive 5.0-inch Full HD with a resolution of 1920x1080pixels with IPS panel JDI screen display that offers more vivid colors and contrast unlike the ordinary IPS panels and offers wide viewing angles. The display quality of this screen is impressive since its bright, crisp and colorful thereby allowing you to play games and watch videos without any problem.

The smartphone is well packed when it comes to the camera section. It flaunts a 13MP rear camera and a 5MP front camera that is capable of capturing bright, colorful and detailed images. However, the rear camera has an issue in capturing good images for indoors or dim lit environments.

That said, the camera has a less focus time with minimal blurring on shots particularly on moving objects. It also comes with an anti-shake feature which improves the quality of the video, even though it is digital Image Stabilization. The X9 also features a Biometric Fingerprint Scanner at the rear, a feature that is increasingly becoming common for Mid-Tier handsets.

The Bluuboo X9 is a decent smartphone with premium looks, solid features and specifications that offers good performance at a budget price. The smartphone looks stylish with some added features such as the finger print scanner that users will find interesting to use in improving the privacy of their device. The presence of an Octa Core MediaTek MT6753 CPU, 3GB of RAM and 16 GB internal storage gives the device some class in the line of decent smartphones capable of handling daily tasks without stuttering.

The presence of a dual camera with some good Mega Pixels qualifies the handset to be a good companion for the photo enthusiasts. However, at 2500mAh battery capacity, you may have to carry your charger around since it is not powerful enough to run all day on a single charge. That said, if you are in a budget looking for a decent smartphone with premium looks and decent capabilities, then the Bluboo X9 fits the bill. 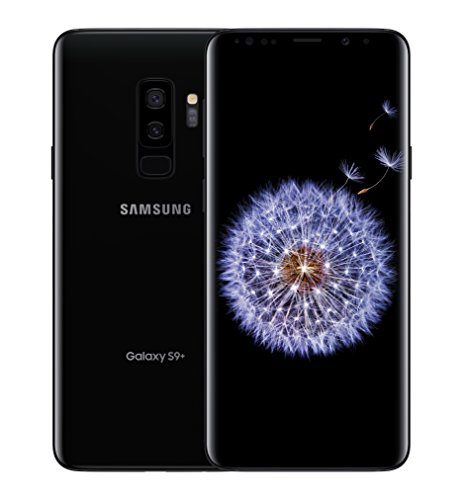