The Onda V919 Air is a 9.7-inch display tablet that borrows so much from the iPad Air in terms of design. Their similarity starts and ends with the design as the tablet harbors a dual boot system running on both windows 10 and Android 4.4.

The Onda V919 Air is a 9.7-inch display tablet that borrows so much from the iPad Air in terms of design. Their similarity starts and ends with the design as the tablet harbors a dual boot system running on both windows 10 and Android 4.4 destined to allow users switch between the two Operating systems at will.

The Tablet is powered by the latest Intel 64 bit Quad core processor, Intel Z3735 chipset with a clock speed of 1.83GHz paired with a 2GB of RAM, 32 GB of storage and the 7th generation of Intel HD graphic for the GPU to offer a fast performance in handling day to day tasks.

The tablet stands out from the crowd with its amazing screen resolution of 2048x1536pixels that supports 4K HD video output. The tablet does not claim perfection as it has a number of disappointments such as a battery that drains so fast, but it gets to compensate well with its features. If you are interested in an affordable dual boot tablet for lightweight duties, then read along.

The Onda V919 Air features an aluminum body design mimicking that of an iPad Air 2 but the difference comes on the level of precision craftsmanship. The tablet has a Gold color finish stepping away from the silver tones we are used to seeing in most of the tablets in the market making it look more beautiful. It measures 9.41 x 6.65 x 0.31 inches and weighs 450grams making it a lightweight that you will have no issue carrying around.

The tablet is powered by a Quad Core Intel Atom Z3736F 1.83GHz processor that can run up to 2.16GHz when bursting. The processor offers enough power to handle basic office tasks such as surfing the internet, emailing, document editing and light gaming. There is 2GB of RAM system memory on board that is limiting but adequate to handle the basic tasks, but will definitely start slowing down if you attempt to open multiple tabs.

In terms of storage, the Onda offers either 32GB or 64 GB which slightly differ in price, therefore it is ideal if you go for the 64GB model. The model we have for our review is the one with 32GB of storage space that is barely enough considering the fact that two operating systems consume almost half of the space leaving you with little space for your own use. This should not be a hindrance as the memory is expandable to 128GB to allow you keep all your important documents, files, photos, music and videos.

The tablet also comes with Intel HD graphics 7th Gen GPU that will come in handy if you decide to play some light games, it is also great when watching Videos when you compare it to the previous generations. This is not the best GPU out there, but then the Onda Air had to make sacrifices here and there for the tablet to remain affordable.

Connectivity features include a micro USB slot for connecting the tablet to a desktop computer for transfer of files and data, a micro HDMI port for extending the display to a larger screen such as a monitor, Projector or a HDTV to watch movies in 4K HD or make a spreadsheet or Power Point presentation.

There is a TF card slot to expand your storage up to 128GB and a micro 3.5mm Headphone Jack for listening to your music using earphones. Internet connectivity comes in way of Wi-Fi 802.11b/g/n wireless internet and Bluetooth 4.0 for connecting with other compatible devices wirelessly to transfer and share data.

The tablet features a 9.7-Inch Retina Screen with a resolution of 2048 X1536 pixels that is a better deal compared to the HD display. It is very sharp, clear with great colors and black colors that will make reading of e-books comfortable and watching of Movies. We cannot also go without mentioning that it has an IPS display which offers great wide viewing angles hence making the display quality of these tablet a feature to behold and celebrate about.

The tablet comes with two cameras, a rear and font camera both have 2 Mega-pixels. The cameras will give you average quality pictures but since tablets are rarely known for their camera quality, it does not spoil the party. When duty calls upon the front camera, it can manage basic tasks such as chatting through skype and taking selfies. The camera supports BMP, JPEG, and PNG picture formats and 3GP, MP4 and WMV for video formats.

The Onda Air comes with a battery capacity of 7200mAh that promises up to 7 hours of video playing time. The battery appears to be large enough but drains out at a very fast rate depending with the usage. Lowering the screen brightness and running of background apps will however give you some more usage time before draining.

The Onda V919 Air is a well-priced tablet that offers a lot for a little with a solid built quality and a decent performance. The tablet struggles with many of the limitations that come with inexpensive tablets such as a limited 2GB of RAM, 32GB of storage space, a 2MP camera and its inability to handle demanding games. The dual boot system works well with the tablet allowing you to have a taste of both world, be it playing Candy crush in Android to use of Microsoft office with windows 10.

The system yields enough power to perform the basic tasks such as emailing, streaming videos, document editing and web browsing. If you are looking for a tablet with a more versatile use, this might not be your choice. The Onda 919 Air fits well into personal and commercial use at a budget price for those interested in a dual tablet capable of handling day to day tasks. 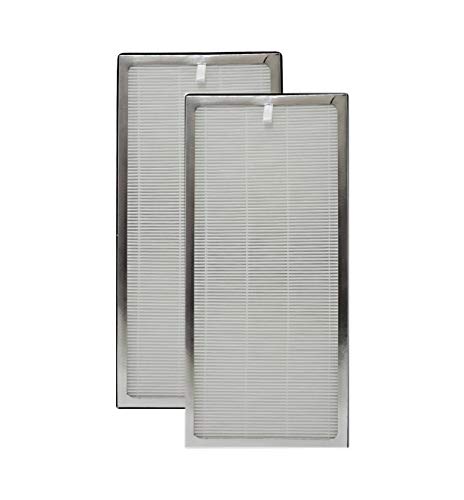 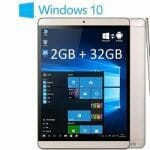