The Toshiba 32LF221U19 is a 32-inch smart TV that extends the numbers of budget sets running Amazon’s Fire TV platform. Now than before, you don’t need a separate media streamer to get smart TV content in your living room. Again, it’s interesting to see how many manufacturers are picking the new fave and delivering affordable, functional and likeable panels for budget buyers who need smart capabilities.

If 32-inch look too little for you, the company offers a 55-inch model – Toshiba 55LF621U19, that supports 4K content and high dynamic range (HDR). Whichever size you choose, you can be assured that the Toshiba Fire TV Series is less expensive than other models out there featuring the same built-in Fire TV platform.

Its combination of performance affordability earns it our Editors’ Choice for budget 32-inch TVs.

This Toshiba Fire TV version doesn’t look inspiring, with an understated glossy plastic bezel around the screen measuring 0.7 inches wide on the sides and top, and 1.3 inches along the bottom edge. On the lower right corner, there is an infrared receiver, with a popping Toshiba logo in the bottom bezel.

The chassis is supported by a pair of feet, that are equally not appealing, rather, glossy black plastic legs that extend from the bottom of the screen at an obtuse angle. While affordable, it doesn’t crack the 55-inch TCL 55R617 TV’s design, but it remains very functional for anyone with a modest pocket.

Apparently, that’s the standard layout for Fire TV streamer remotes, but Toshiba does add a volume rocker, and live TV button below the playback controls. Plus, there are dedicated buttons for Amazon Prime Video, HBO, Netflix, and PlayStation Vue. The remote sends signals via infrared alongside Bluetooth, meaning you can use it to control the TV if the Bluetooth connection drops, without necessarily needing to re-pair the remote.

For you to get the most of Fire TV features, you’ll need to sign in with your Amazon account, which is very typical of Fire TV streamers, that are built around using your account for transactions like purchasing app and renting media. However, on the Toshiba Fire TV Edition, you don’t absolutely need an Amazon account to use the TV. There is an optional Basic mode that lets you use the TV as a TV, without access to most streaming features in the interface, but providing access to the TV’s varied inputs.

Still, most of us would want to use our Amazon account to access the full features on the Toshiba Fire TV Edition, bearing in mind how robust it is as a smart TV platform. For instance, it lets you access most streaming services, including Amazon Video and Music, Hulu, Netflix, Sling TV, Spotify and Twitch. Curiously, Google Play Movies & TV as well as Google Play Music are absent, and YouTube loads only via the Firefox or Silk web browsers.

Not surprising at all, while the Fire TV OS is ideally based on Android, rarely do you see Amazon and Google get along much on content. The Fire TV includes access to the Alexa voice assistant, which you can easily use on the Toshiba Fire TV Edition by pressing the microphone button on the remote and speaking into it. Sure, it may not be handsfree as the Echo or Echo Spot, but it’s still functional out of the box with the press of a button.

For an entry-level, budget TV, the Toshiba 32LF221U19 specs are solid than ever before. The 32-inch model doesn’t support high dynamic range (HDR), which is only available in the 55-inch iteration of the same model. With that, it does not offer a particularly wide color gamut, and doesn’t exceed broadcast standards with reds appearing undersaturated. As for the colors, they are balanced and not tinted, though not particularly vivid something we expected from a 720p panel.

This level of performance is common in budget TVs, and is a sham in the wake of TCL’s 6 Series. Look at it, while the TCL 55R617 (55-inch, Roku TV) costs slightly more than the 55-inch Toshiba 55LF621U19 Fire TV Edition, it does offer a better picture in every other way, with great contrast ratios thanks to a much brighter panel that can reproduce a 0.01cd/m2 black level, and a much wider color range. However, that holds true for the bigger models, but color production on the smaller 32-inch models and below remains almost the same.

Despite the poor contrast and limited color range on the Toshiba Fire TV Edition, BBC’s Life Story looks vivid and very detailed. You can easily pick fine details like fur and leaves at very sharp detail, with colors looking natural and balanced. Only that they aren’t as nearly vivid as they are on the TCL 6-Series. The only caveat is, that TCL’s Series 6 only has two models:  55-inch and 65-inch. Thus, if you’re looking for a small home TV that doesn’t cost a fortune, this 32-inch Toshiba is an appealing choice.

Viewed under normal conditions, the 32-inch set will consume 97 watts of power. The Toshiba Fire TV Edition doesn’t have any specific power-saving features or modes available, though you can save a bit of electricity by dimming the backlight.

And, compromises like plain design and low picture quality are to be expected when you find a 32-inch smart TV at such a low price. The Amazon Fire TV platform is still very robust, full-featured and useful, especially with Alexa integration, and while the picture quality is unenticing, it doesn’t make atrocious mistakes like skewed color or completely shattered shadows.

Again, the Toshiba 32LF221U19 manual will let you get the best of this Fire TV even if you’ve not used one before. Overall, this 32-inch panel remains the TV of choice for anyone in the market for an affordable, easy-to-use Smart TV without spending too much. 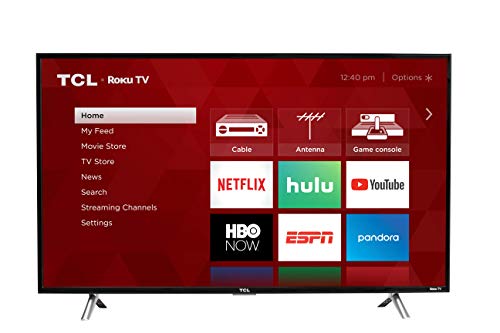