The Toshiba CB35-B3340 Chromebook 2 is a 13.3-inch Chromebook made by Toshiba for the value-oriented, internet-connected laptop user.

The Toshiba CB35-B3340 Chromebook is a 13.3-inch Chromebook made by Toshiba for the value-oriented, internet-connected laptop user. It is Toshiba’s second Chromebook model with unique features ranging from a 13.3 inch FHD screen that supports 1080p resolutions. It also comes equipped with a Bay Trail N2840 processor offering very long 9 hours of battery life and superb performance for light computing activities.

If you’re in the market for an affordable laptop, the CB35-B3340 is worth a long look. Its great for Web surfing, with full access to the Internet, not just the mobile-optimized sites you get an iOS-or Android-based tablet.

The Toshiba CB35-B3340 Chromebook is mid-sized laptop featuring a 13.3 Full HD IPS display with 1920-by-1080 maximum screen resolution. This happens to be the main in selling point of this PC, since the IPS gives it a larger viewing angle of up to 178 degrees, meaning that you’ll be fine viewing the screen from the sides. A combination of both Full HD and the IPS make it the ideal Chromebook with the best display in the market. you movie watching experience will no longer be the same thanks to FHD and wide viewing angles on its fairly large 13.3 inch screen.

The system measures approximately 8.40 x 12.60 x 0.76 inches (HWD), and weighs just over three pounds (3.17lbs)-making it lighter and slimmer than the first Chromebook with the same 13 inch screen. The dimension and light-weight make it easy to transport in a commuter bag or student backpack. The silver polish and a slight texture give the CB35-B3340 a premium look and feel. Open the lid and you’d swear you were look at an Apple MacBook Air. Well, not until you get real close and notice that Toshiba opted for a plastic instead of aluminum cover.

The Toshiba CB35-B3340 Chromebook features Intel Celeron N2840 processor with a clocking frequency of 2.16GHz, which is very power-efficient, meaning you are assured of 9 hours of battery life on a single charge. The processor is quite decent and does a pretty good job in running the OS among other web applications. Everything is smoothly handled and there isn’t any stutter even when trying to do more at the same time. However, keep in mind that you can’t really run the usual regular Windows apps and software on Chrome OS but a number of them have been replaced by more user-friendly Chrome versions.

It offers the latest technology 802.11 A/C wireless for wide area coverage, and the 9 hour average battery guarantees extended surfing periods. It has a Full SD Card slot, 1 x USB 2.0 port, 1 x USB 3.0 port for high speed data transfers. The Toshiba CB35-B3340 Chromebook 2 has a 16GB solid-state drive (SSD), which is quite standard for most Chromebooks. All new chromebooks come with 100GB of Google Drive online storage, so if you’re inline all the time you may never run short of extra space.

The Toshiba CB35-B3340 has a full-size, chiclet-style keyboard. Unlike other Chromebooks, its row of function keys on the top has been replaced by Chrome-specific keys. For anyone who has owned a Chromebook, keys for immersive mode, overview mode, and search are going to be a familiar affair. Sadly, for new users looking up the icons online or in the user manual is inevitable. It has one of he most responsive trackpads, located below the keyboard and reacts quickly to swipe and two finger taps.

It is no doubt that the Toshiba CB35-B3340 will be successful and popular as, if not more than the Samsung and Acer 2 models. It is a good choice for any general user who wants to give Chrome OS a try. If you have constant Internet access, and looking forward to replacing an aging Windows or Mac laptop, then here is the right deal. It has a larger screen which is easier on the eyes as compared to 11-inch Chromebook versions, for the same price.

Even if you want to run many apps simultaneously things will run smoothly as a result of Toshiba’s wise decision to go with the FHD IPS display, 4 GB of memory, and of course up to 9 hours of battery life. However, if performance and more powerful CPU is all you are looking for, then you can consider something like Acer Chromebook with its quad core NVIDIA Tegra K1 processor, but you will settle for a normal HD non-IPS display. 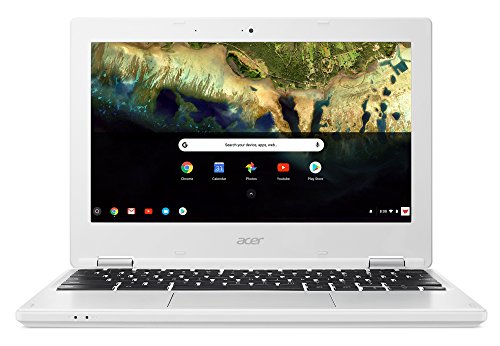