A brilliant, bright WQHD screen and performance to match are some of the specs that give the Toshiba Kirabook a nod for high-end ultrabooks. Though it's a litle pricey, the new Kirabook, with premium components housed in an attractive package that weighs less than 3 pounds, is worth the extra cash.

The Toshiba Kirabook is a luxurious-looking ultrabook bearing some powerful components. It comes with a brilliant 2,560-by-1,440 touch screen and fourth-generation Intel Core i7 processor, which is a notable improvement over the components we saw in last year’s iteration. Added to its appeal is the fact that it packs so much power into a system weighing less than three pounds.

It earns a top slot in our series of high-end ultrabooks that I’ve reviewed so far. If you’re looking for a luxury laptop and willing to send some serious cash, the Kirabook 13 i7s Touch should be at the top of your list, but first look at our previous reviews on the same category.

On the Kirabook, the only drawback to the high-resolution screen is when you’re using apps that don’t scale their user interface to match the screen resolution. For example, the Adobe Photoshop CS6 and Valley benchmark interfaces look like they use 6-point type in their menus. The built-in Windows 8 apps look fine, however. Also, you may realise that the screen slightly when tapped, but it quickly settles down.

On the Toshiba Kirabook is bezel that’s is a little thin, but swiping from the edge to the screen to activate the Charms bar becomes second quickly. (I must say that some forks prefer a wider bezel, so that your finger has a staging area for off-screen swipes).

If you’re a typing enthusiast, it comes with a backlit keyboard, like the one we saw in the Apple MacBook Pro 15 retina, but it will be unfair to compare the same for obvious reasons. They have different architecture, and the MacBook 15’s aluminium background looks great when lit, and more. The Kirabook has a one-piece touchpad that satisfies mechanical click when you press the surface.

Its keys are slightly concave, but they’re much shallow than the deeply scalloped keys on the Dell XPS 13 Touch. On the top of the keyboard are Function Keys hat are primarily for multimedia functions; you’ll need to hold the Fn key to get F1-F12. Because Toshiba aims toward ultimate portability, the function keys and auxiliary navigation keys like Page Up/Page Down and Delete are tiny.

Even with the slim chassis, there are a decent number of I/O ports and excellent connectivity. The Kirabook gives you three USB 3.0 ports, an SD card reader, and an HDMI port. It supports Bluetooth 4.0, dual-band (2.4GHz and 5GHz) 802.11a/b/g/n Wi-Fi, and WiDi are the system’s wireless connections. It lacks an Ethernet port-just like most of its competitors, but there really isn’t any room for one. The Kirabook has a sealed battery, unlike the Toshiba Portege R30-A1302 and the Dell Latitude e7440 Touch with their removable batteries.

The Kirabook 13 i7s Touch is equipped with an Intel Core i7-4500U processor with Intel HD Graphics 4400, 8GB of memory, and the aforementioned 256GB SSD. Without any doubt, this specs give the system some good thrust, but making a comparison with other laptops in the same class, especially in my previous reviews will help you set the difference.

For instance, the category leader Apple MacBook Pro 15 has some decent features, even though it isn’t touch-enabled. The Toshiba Kirabook comes with 256GB solid-state drive that is readily equipped with some useful apps, like Adobe Photoshop Elements 11 and Premiere Elements 11.

Toshiba claim that the Kirabook can last for 8.9 hours, which is almost the same I achieved in my rundown tests (8 hours 44 minutes), which is quite standard for this category. The improvement is mostly due to the new model’s energy-efficient fourth-generation Intel Core i7 processor. It lasted longer than the Lenovo ThinkPad X1 Carbon Touch (4:36), though nowhere near as long as the Apple MacBook Pro 15-inch (11:26).

A brilliant, bright WQHD screen and performance to match are some of the specs that give the Toshiba Kirabook a nod for high-end ultrabooks. Though it’s a litle pricey, the new Kirabook, with premium components housed in an attractive package that weighs less than 3 pounds, is worth the extra cash. It smokes its rivals and looks good doing it.

That’s the formula for a top-notch high-end ultrabook if I ever saw one. Yes, for the design, specs and accentuation, you can give it a long look as you shop around. For that matter, I recommend that you also look at the 2021 Apple MacBook Pro with M1 Pro chip, which is our latest Editors’ Choice. 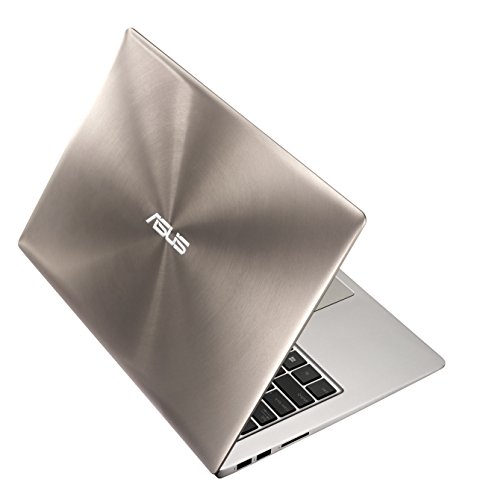