The Toshiba Satellite L75-C7234 is a desktop replacement laptop with little-to-no bells and whistles, except for a very large screen (it is a big as they get), an Intel Core i5 processor, 8GB memory, massive 1TB storage, decent built-in speakers and Windows 10 pre-installed.

The Toshiba Satellite L75-C7234 is a desktop replacement laptop with little-to-no bells and whistles, except for a very large screen (it is a big as they get), an Intel Core i5 processor, 8GB memory, massive 1TB storage, decent built-in speakers and Windows 10 pre-installed. Performance-wise, its holds its own against similarly configured laptops.

Its price is downright reasonable considering that it has a full-keyboard and a decent collection of connectivity ports and a somewhat premium-looking chassis. However, its lack of a faster Solid State Drive (SSD), a Blu-ray drive (instead of the bundled DVD drive) and touch-screen technology holds it back.

The Satellite L75 sports a thin, silky smooth pearl finish and feels like most premium laptops. From a distance you’d confuse the plastic chassis for a metal, but although it looks like metal, it is not. It measures 1.3 by 16.3 by 10.6 inches (HWD), and weighs in at 5.9 pounds, just short of 6 pounds. This is fairly light-weight for the size, my other large screen-size laptop is around 16 pounds. Some might find it portable, but many will find 5.9 pounds and a large screen-size quite hectic totting around and would prefer it resting on the office desk.

Toshiba Satellite L75-C7234 has a 17.3″ non-touch screen but only 1600×900 resolution. That’s probably the worst thing in this notebook and is unforgivable, at least if you’re a digital artist or just into Full HD in general. The bright side is, fonts and icons won’t be too small to read which is good news for the elderly. Still, its 16:9 aspect ratio is ideal for widescreen entertainment, therefore, you don’t have to compromise when it comes to watching movies and playing games.

The battery is not hot-swappable, you need to remove some screws. That is a pain, but at least it is possible to pull the battery out. Most ultralight thin laptops now have an integrated battery so once the battery goes, the whole laptop goes (similar to Apple devices). Battery life is solid at about 4 hours of real use, a bit better if I’m not doing much or have power saver on.

Connectivity on the Toshiba Satellite L75-C7234 comes in way of four standard connections, a major improvement from the Toshiba Satellite L75-C7250. it comes with Two USB 3.0 port (1 Sleep and Charge) and Two USB 2.0 ports, 1 x HDMI that you can connect to bigger display like a HDTV or desktop monitor, SuperMulti DVD burner for burning critical content or data to a DVD/CD.

There’s also a multi-format media card reader with support for SD, SDHC, SDXC, and MMC (miniSD and microSD are also supported, but require an adapter), 10/100/1000 Mbps Gigabit Ethernet, 802.11n Wi-Fi, an integrated webcam, and microphone. There are also built-in Skull Candy stereo speakers with DTS Studio Sound audio processing. In as much as it does not have a backlit keyboard, it features a numeric keypad on the side.

Under the hood, the Toshiba Satellite L75 is powered by Intel’s low voltage processor. We have seen manufacturers opt for low-voltage processors in their laptops, which makes the laptops run cool while at the same time consuming moderate amounts of energy. The Core i5-5200U in this model features two cores, 2.2GHz clock speed (2.7GHz turbo) and quite low 15W TDP (Thermal Design Power).

It also has 8GB DDR3L RAM, which is more than enough power to help you run the latest games on low settings. It is also good for running things like Photoshop and various programming environments if you’re into that stuff. This is the exact configuration we’ve seen in the Editors’ Choice HP 15-eg0025nr.

The massive 1TB (5400RPM) hard drive storage is a big plus thereby allowing you to store all your large files, big-apps, documents, movies and music conveniently. They could have made it better with a Solid State Drive (SSD) that is quicker, or even a faster 7200rpm for the price. However, you are at liberty to replace it if you want a lot more speed, but the RAM is not user-replaceable.

That said, the Satellite L75 comes already preinstalled with the latest Windows 10 Home that promises to improve your experience, thanks to new perks over the failed Windows 8 such as Cortana, Microsoft edge which replaces Internet explorer among many other niceties.

This desktop replacement is packed with the everyday performance, features and styling you crave, giving you the freedom to work the way you need to and play the way you want to from virtually anywhere. It delivers exceptional value with all the right moves to help you stay on top of your day.

The Toshiba Satellite L75-C7234 will be a decent desktop replacement laptop more so if you need to work with CPU intensive programs. It is ideal for carrying out tasks including CPU and GPU intensive program like photo and video editing, media transcoding, creating presentation and some latest gaming. The Toshiba Satellite L75-C7234 is a fairly average release that offers a solid performance and well in line with its competitors in this price range, thereby deserving a space in your shopping list.

However, if you are on a budget and doesn’t mind a 15.6 inch instead of the 16-inch display, our Editor’s Choice for budget desktop replacement laptops the ASUS VivoBook F510UA is worth a long look as you shop around to replace your desktop. 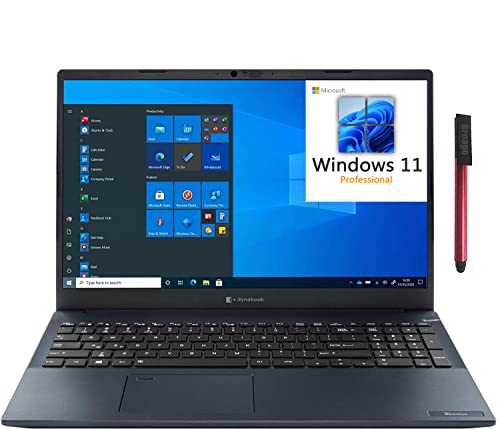