The Vivo V23 is an affordable midrange phone with a dual-camera and it’s the first color-changing design device we’re reviewing, but it’s just not enough to make it stand out from the pack.

The Vivo V23 is the cheaper version of a pair of phones in the V23 series, the company’s latest line of smartphones optimized for selfies and style. And, it’s now launched in Kenya for Ksh.59,999 (see discounted prices here)as part of Vivo’s entry into the African market.

Well, the V23 is a noteworthy entrant into the phone-camera niche, by bringing the exact same dual selfie camera as the more powerful V23 Pro, but at a lower price. Along with the fantastic camera, it brings along the unusual color-changing design, though this time it’s wrapped in an iPhone-esque square frame.

The Vivo V23’s design rocks in a couple of unique ways.

The main design highlight is the color. Sure, you can buy the V23 in black, but the most exciting is the ‘Sunshine Gold’ finish which looks gold most of the time but changes into a striking turquoise when the glass catches some light thanks to a UV-reactive finish. It’s basic but very clever, and we’re likely to see more of this approach in more phones this year. Realme is already testing out the tech for the Realme 9 Pro phones.

Considering that the phone’s rear is clad in glass, it’s one reason most buyers will be grabbing this phone because, at this price point, you’re likely to find a plastic-bodied phone elsewhere. As ever, glass is more fragile – some may see it as a downside – but it adds some class to the V23 and makes it feel far more expensive than it is.

Look beyond the color-changing design, and you notice just how much this phone looks like an iPhone. There’s a wide notch on the screen to accommodate the dual selfie camera, and the completely squared offsides to the body wrap up the iPhone-inspired design. If you’re not a fan of the squared-out corners, the Vivo V23 Pro offers a different design – has curbed edges and looks less of an iPhone.

The Vivo V23 ships with the latest Android 12, and runs Vivo’s Funtouch OS 12 on top, which I fin less welcome here. Funtouch is far from being the best Android skin, and it has been sideloaded with a horde of various Vivo apps you won’t want, and some intrusive advertisements.

Elsewhere, the V23 smartphone is powered by a MediaTek Dimensity 920 chipset – a downgraded version of the Dimensity 1200 available in its Pro version. It’s combined with either 8 or 12 of RAM, and 128 or 256GB storage, not expandable, since the device doesn’t have a microSD slot.

Our review model is the mid-spec 12 + 128GB model, but thanks to the midrange chipset, performance is still enhanced. It’s a remarkable upgrade over last year’s Vivo V21 but still lags behind more performance-focused phones around the same price.

Despite the cheap chi used on the phone, it still supports 5G connection, but it doesn’t support the latest Wi-Fi 6 speeds, which is available in more expensive handsets. Instead, it comes with Bluetooth 5.2 which is good for pairing wireless headphones, and NFC support will make contactless payments possible.

That said, the 4200mAh battery in this device holds up well, delivering enough juice to keep you powered for an entire full day of typical use, and some less-frequent users will find it’s a two-day device. It doesn’t support wireless charging but the 44W wired charging will top up the phone up by 71% in half an hour, which should be sufficient to last a day.

The camera setup on the Vivo V23 is a mixed bag, depending on how you want to use it. For a start, the front cameras are surprisingly more exciting than the rear ones.

The selfie combo has two cameras: a 50MP main lens and an 8Mp ultrawide. The main camera produces great shots when the light is good, shooting detailed and crisp captures by an aperture of f/2.0, which is unusual for a selfie camera on a phone. Results are incredibly bright and punchy pictures and are especially good when you consider how affordable the V23 is – some pricey phones don’t take selfies this well. However, I low-light, the cameras struggle – whether you use Night Mode or not.

While the front-facing camera setup is the same as the Vivo V23 Pro, the rear cameras aren’t the same. The 64MP, f/1.9 camera here is no match to the 108MP sharp-shooter on the Pro, but it isn’t bad.

Like its front-facing sibling, it fares best in good lighting, despite also lacking OIS, it nevertheless handles dark conditions much better, thanks to a wider aperture and larger sensor. Night photos aren’t badly off, it even manages to correctly expose bright lights within dark environments.

The only issue I have with the rear camera is mostly the autofocus, which on some occasions, misses the correct focus, especially in close-up shots. That said, the other two rear lenses are another 8MP ultrawide, which is as good as the one front camera, and a 2MP macro lens that really isn’t much.

The Vivo V23 is a decent all-rounder that raises the bar in the mid-range smartphone category. While advertised as a phone for selfies and style, the rear cameras here aren’t quite good to deliver clear shots as the phone’s USP – partly due to the odd decision to strip the OIS found in last year’s Vivo V21. It misses some basic features that we saw in the early version of the Samsung S9+, and we wish its cameras were better.

The color-changing design may make this phone appealing to more people, coupled with the iPhone-inspired shape, but all that gets down to taste and preference.

Overall, the Vivo V23 isn’t a bad phone, but it doesn’t do enough to outpace some impressive competition, and it falls short exactly where it should be strongest.

If it was my money being spend, I would go for the OnePlus Nord 2 5G or the Xiaomi Mi 11X, both with much better camera, performance and designs. 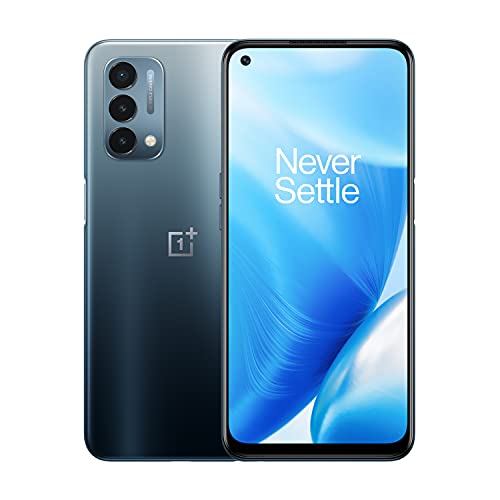